At the ANZAC Research Institute, one of the most trafficked areas is a courtyard that divides the office building, animal unit and laboratories. Seeing an opportunity, some ANZAC staff came up with the idea or reimagining the space to create a community garden that everyone could enjoy. 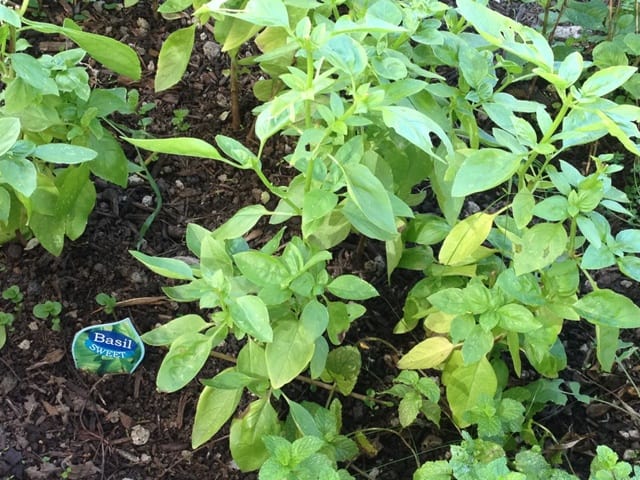 Some basil growing in the courtyard garden.

A group was formed to discuss better uses of the courtyard space. Mark Jimenez, a member of the group explains

“Initially there were pebble beds with weeds growing; the plants hadn’t been looked after very well. People didn’t enjoy using the space.”

“We called a meeting for people to give us ideas for the best use of that particular space. Through extensive discussion the idea came out that if we had a community garden then everyone would feel like they had ownership of the space and could enjoy it.”

Using a limited budget, a builder was brought in to concrete a central cohesive area that would have tables and chairs, and then helped build raised beds to grow plants and herbs. Another garden bed was made around the courtyard’s prominent tree.

Vegetables like yardlong beans, lettuce, tomato and eggplant were grown. Herbs were planted like basil, thyme, oregano and chives. Lemongrass, chili peppers, a miniature citrus tree and a passionfruit vine soon sprang up. Flowers were also placed around the garden to beautify it.

Staff and students now have a much more pleasant view when walking through the courtyard. Anyone is free to help themselves to some herbs or vegetables and often pick things out to take home for their dinner recipe. The gardening group now meets regularly, and has future plans for the courtyard garden involving using pots to grow even more things.

What started a simple idea has now transformed a courtyard, and shown what can be done with something as simple as a neglected walkway. Mark Jimenez put it simply

“It’s all an exercise in owning our own environment”. 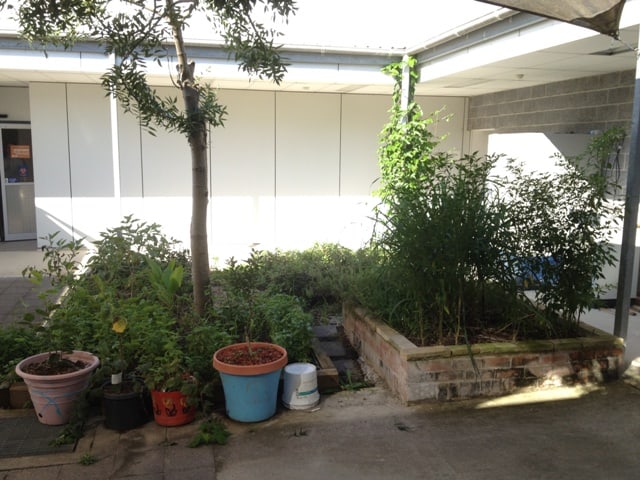 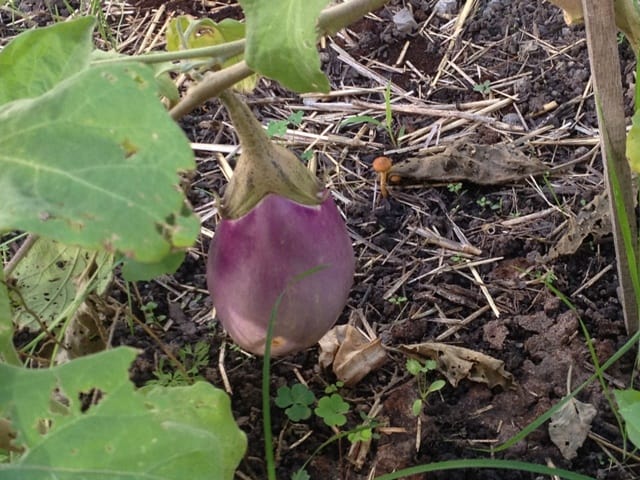 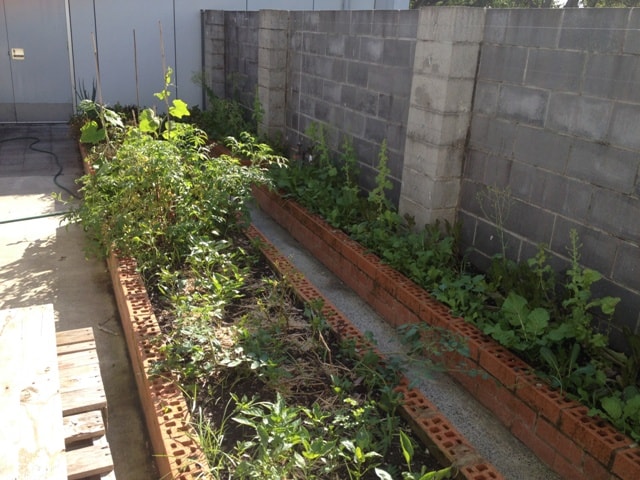 The garden getting some needed sun. 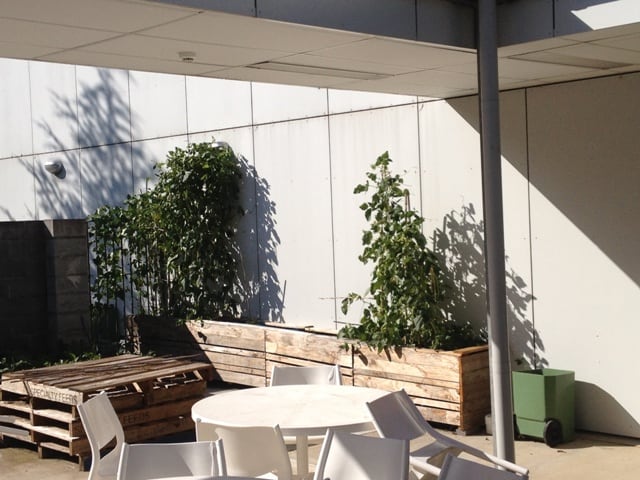