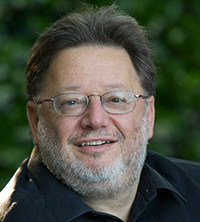 The ANZAC Research Institute was created in the late 1990’s with the goal of establishing dedicated medical research facilities on the campus of Concord Hospital. The goal was to harness the creativity and productivity of Hospital- based medical researchers and clinical scientists who lacked suitable high- quality laboratory facilities. At that time, in the mid-1990s on the occasion of the transfer of Concord Hospital from Commonwealth to State government responsibility, the ANZAC Health and Medical Research Foundation was established to turn those worthy goals into a reality. With support from State government and the local health service, the ANZAC Research Institute was constructed to open in late 2000. So, in 2020 the ANZAC Research Institute will reach its 20th anniversary which gives us the opportunity to reflect on its achievements as a leading NSW independent medical research institute. The Institute’s operational goal has always been to maintain a researcher-friendly environment to support clinical scientists in achieving the best they can and making important progress over a wide variety of medical fields. The name reflected the desire to commemorate the heroic efforts of the ANZACs whose sacrifices helped establish this wonderful country by creating a living legacy of improving health and medical care to benefit the veterans and the general community. Some of the most recent advances by our research groups are further outlined in this Report.

The ANZAC Research Institute is the major medical research facility on the Concord Hospital campus providing state-of-the-art research facilities and services for medical research based on the Concord Hospital campus. The Institute also forms the research arm of the Concord Clinical School, a teaching hospital of the University of Sydney’s Medical School (now Faculty of Health and Medicine). More widely the Institute is affiliated with Sydney Research, the hub of research organisations centred on the Sydney Local Health District (SLHD), as well as Sydney Health Partners, one of NHMRC’s original Advanced Health Research and Translation Centres (AHRTC). These collaborations unify ANZAC with all other major Sydney-based medical research institutes and surrounding health districts as well as the University.

Starting from scratch in 2000, the ANZAC Research Institute now provides a scientific home for 120 scientific staff including 55 graduate (mostly PhD) students working in research groups covering many key disciplines in modern biomedical science. Together they earn $7 million of external research funding and produce over 130 peer-reviewed research papers per year. From the opening of our main building in 2000, the research laboratory facilities have expanded to include additional research labs in the adjacent Bernie Banton Centre building which also houses the Asbestos Diseases Research Institute. An important prospect for the near future is the development over the next two years is phase I of redevelopment of Concord Hospital which includes the ANZAC Clinical Research Facility in that new building. This aims to provide a state-of-the-art clinical facility will extend our research capabilities to providing physical and organizational facilities based at this campus supporting more clinical trials and cohort studies in the community. This exciting development will fulfill the Institute’s ambition to extend its support of laboratory discovery research to also providing facilities with similar focus for vital clinical research that involves direct interactions with people and patients.

Progress in medical research is based on new ideas and/or new technologies, ideally created locally but also involving the active early and enlightened adoption of key advances made elsewhere. Such innova- tion in research thinking and medical care is the essence of maintaining state-of-the-art medical care. In this context we mourn the loss of Professor Derek Hart who died prematurely in December 2017 at the peak of his scientific productivity. A passionate and creative scientist and former Rhodes Scholar, Derek formed the Dendritic Cell Biology research group and made many important advances in discovering the role of dendritic cells in human immune responses. Through this research he developed an important commercialization initiative that invented a new immune therapy for cancers. His legacy is now ably carried onward by Associate Professor Georgina Clark, Derek’s senior laboratory scientist and widow,   who has now achieved the benchmark of signing a commercial agreement to undertake clinical trials to be conducted in Sydney with a new immune therapy for blood cancers.

For new ideas, we rely on attracting the best and brightest scientists in basic discovery, clinical, translational and public health research domains. This remains a major competitive challenge for the Institute to not only maintain our top scientists but also to incorporate a process of renewal of younger scientists, new blood with new ideas and capabilities. It is therefore a crucial development that in the last two years we have added two new research groups. The Cell Division group headed by A/Professor Andrew Burgess is studying breast cancer and has discovered a new protein that is involved in the progression of breast cancer so could create an important new target to block the progression of this deadly disease. The Platelet and Coagulation group, headed by Dr Vivien Chen a research-active hematologist, is studying platelets, small subcellular particles that initiate clotting. Her studies are identifying aberrant subsets of platelets that increase the risks of heart attacks and stroke. Such discoveries provide new opportunities to reduce the health toll of these devastating vascular diseases. In another success for our younger scientists, Victoria Cogger, a leading scientist in the Biogerontology group headed by Professor David Le Couteur, was also recently promoted by the University to the academic rank of Professor. The Institute is also searching to identify and recruit additional accomplished early and mid-career researchers to join the Institute.

Inherent in this virtuous cycle is that our scientists must have state-of-the-art equipment to conduct their cutting-edge research. Such hi-tech equipment is essential to identify, visualize or measure new molecules. Working at the research frontier, this allows scientists to discover the fundamental biological mechanisms of the body and how and why they are disrupted in various diseases. Such discoveries are the critical step in developing new biomarkers, diagnostic tests and therapeutic targets to prevent, cure and ameliorate disease. It remains our major challenge to equip our scientists with the state-of-the-art tools required for discoveries. On that basis, over the last two years, the Institute’s facilities have been substantially boosted by the completion of SLHD’s Translational Research Facility (TRF), the new campus animal facility that ANZAC operates to provide a wide range of high-end, non-invasive imaging and metabolic monitoring facilities for small animals including the ability to undertake experimental bone marrow transplantation. The Institute has also undertaken complete renewal of its operational equip- ment in its internal animal facility. Together, these state-of-the-art facilities guarantee that ANZAC scientists will have the tools necessary to stay at the forefront of discovery science as well as invention of new diagnostic tests and treatments.

Many people contribute to the Institute’s ongoing success and deserve our gratitude. This is especially so for the Institute’s excellent management team of Julie Taranto, Annet Doss, Yuthika Rao, Justin Crosbie, Candice Chang, Eva Zhou, Tracey Dent, Ketty Bakac, Susan Zhou and Mamdouh Khalil who en- sure smoothly effective and efficient management of our research facilities and services. Dr Katrina Frankcombe has joined the Institute as Commercialization and Translation Manager, sharing that role with the Centenary Institute.

Crucially the support from the NSW government though the Office of Health and Medical Research’s Medical Research Support Program (MRSP) is crucial to our ongoing viability. The Institute’s work would not be possible without the goodwill and support from Concord Hospital and the Sydney Local Health District, notably Tim Sinclair, Steevie Chan and Genevieve Wallace as Concord Hospital’s General Managers, and Teresa Anderson, the SLHD’s Chief Executive – they are a vital ingredient in the Institute’s continued success. Similarly, the support of the University’s Sydney Medical School, notably its Dean Professor Arthur Conigrave and Professor Fiona Blyth as head of the Concord Clinical School is gratefully acknowledged. John Gatfield has continued to edit our newsletter Discovery which highlights the ongoing successes of Institute scientists. Finally, my personal gratitude is due to Emeritus Professor Bob Lusby as Board Chair who, together with the Board, provides unflagging support and enlightened commitment to making the Institute as good as it can be. Above all, it remains a privilege in a fortunate life to work in the challenging and productive environment created by the Institute’s scientists and staff whose inspiring commitment make all efforts on their behalf worthwhile.