With the start of the Second World War and other conflicts including those of Korea, Vietnam, Afghanistan and Iraq; ANZAC Day has been expanded to include remembrance of all servicemen and women who have given so much to Australia. 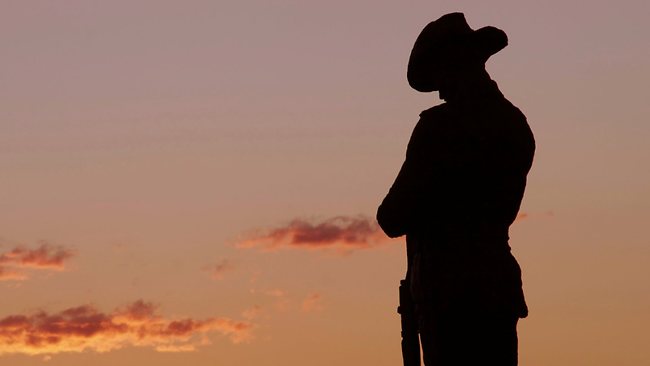 The Kokoda Track Memorial Walkway is a living memorial and a principal site of commemoration honouring all those who fought for Australia during World War II. It is a 800 walkway that spans 800 metres from Rhodes train station to the Concord Hospital campus, where the ANZAC Research Institute is located. The walkway runs aside the mangrove-studded shores of Brays Bay.
A principal focus of this walkway is on the sacrifices made during key Papua New Guinea campaign which took place in 1942-43 along the Kokoda Track. At the centrepiece of the walkway are magnificent granite walls bearing photographic images of the Kokoda campaign. The Walkway has been planted with tropical vegetation simulating the conditions of The Kokoda Track.
While representatives of the ANZAC Research Institute usually participate in ANZAC services at this location every year, due to the current COVID-19 pandemic this hasn’t been possible this year. Although today we may not be able to participate in remembrance services in person, we can do it as individuals and in spirit. Lest we forget.
Posted in News
← The Indirect Costs of Medical ResearchCOVID-19 and Australia’s medical research institutes →